Brexit is a topic that is always in the news and it can get irritating to hear about it so much. The reason it’s in the news so often, though, is because it has such a huge impact on people’s lives. It can impact everything, even unexpected things such as the cost of your home improvements.

Indeed, if you’re planning to renovate your property it’s worth thinking ahead to make sure that you get the best price. 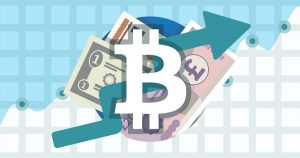 Whether you voted leave or remain, one thing cannot be argued. Brexit is not going to cause a sudden ‘end of the world’ scenario on the 29th March 2019. It will have a gradual impact on a lot of industries, though. Indeed, that impact has already started to be felt in the home improvement industry.

Will Home Improvements Get More Expensive After Brexit?

Unfortunately, there’s no easy answer to this one. The impact of the referendum has already started to put some strain on the labour market.

According to some research by the Office for National Statistics, the difference between the number of EU citizens that entered the UK and the number that left, fell to 87,000 for the year leading up to March. That is the lowest level since the year leading up to December 2012. The shift is apparently a two-factor issue. Fewer people are coming to the UK from the EU, and more people are leaving.

Net migration from the countries known as the A8 countries – the ones that joined the EU in 2004, is now negative for the first time, with 45,000 arrivals, and 47,000 people leaving. This matters because many of those workers were filling important roles in the construction industry.

Companies that make windows and doors have done a lot of recruiting from A8 countries, and as fewer people come into the country from those areas, it becomes harder for them to find skilled workers. Employment costs are increasing, at a time when there is already a smaller talent pool of workers because more people are in employment. The ONS reports that wages had increased by 3.1 percent for the three months leading up to August, compared to the same time period last year. This is the biggest average wage increase since the economic issues of 2008.

When wages go up, prices also tend to increase. It’s hard to know for sure whether the wage growth was caused by Brexit. Another factor could be that the value of the pound is falling.

What Do Home Improvement Costs Look Like Long Term?

“It’s hard to predict what will happen with home improvement costs, or anything else, in the long term,” says a home extension expert at Lewis Visuals. The Construction Industry Training Board published a Green Paper that suggested that Brexit may have a creeping influence on the construction sector. It also shows that a third of builders were concerned about their future ability to recruit suitably skilled employees. Around 37% of those who work in construction right now were not born in the UK. Builders are under pressure in other ways, too. The cost of building materials has increased by 3 to 4% over the last year, and those costs are eventually going to be passed on to the homeowners.

Why Invest in Home Improvements Today

If you want energy efficient windows and doors, or other home improvements, then it is a good idea to make the purchase now. Right now, we know that the cost of those improvements is affordable, and you will start enjoying the savings that those things bring sooner if you invest in them sooner. Let’s take a look at the energy markets.

Home heating costs are already on the rise. British Gas announced plans for a four percent increase in energy costs, and that means that the average bill is going to increase by £44 a year. It’s likely that costs will continue to rise over time. If you can use less energy then that will buffer you against those increasing costs. Getting energy efficient windows and doors is a good way to protect yourself from increasing energy bills and make your home a more comfortable place to spend time in. It makes sense to do it now while costs are reasonable.

What Is the Distinction Between key Account Management and CRM?