For a long time, University degrees have been considered the best way to head into a professional job and command a good salary, but as almost half of the young people are now entering university, it is becoming harder and harder for graduates to get jobs. According to one recent survey, degrees are now pointless and over 40 percent of respondents said that they place more value on a vocational qualification and relevant experience than they do on a degree. 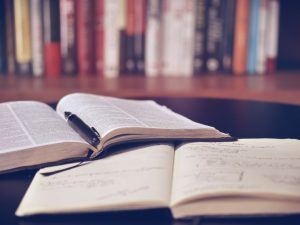 With tuition fees soaring, it’s easy to wonder whether it is still worth going to university. Lucy Tobin, the author of A Guide to Uni Life, says that young people are starting to question the value of education from a university and that attitudes towards degrees have changed a lot over the past few decades. They went from being a luxury to becoming a necessity, but now the sentiment is reversing again. Indeed, young people may be better off exploring other routes such as distance learning, part-time courses, or employer-sponsored study at the likes of The School of Natural Health Sciences.

The Threat of Student Debt

Take the example of Sarah Rotundo-Ferguson, who went to Lady Eleanor Holles School, Middlesex. She was offered a place at the prestigious Cambridge University, which she turned down so that she could combine work and part-time study. She is pursuing an education at the Open University and she believes that since she did not go down the traditional university route she is likely ahead of her peers since she got her foot on the career ladder early on. She manages a day nursery at the age of 24, has a company car, and owns her own home.

Some people thought that she was doing the wrong thing when she went to work at a nursery for £11,000 straight out of college, but it means that she qualified for financial help with the Open University, and she achieved a 2:1 with no student debt at all. That was one of the biggest single factors in her decision.

Over the past few years, there has been a huge growth in interest in vocational courses, including two-year foundation degrees that are offered at universities and FE colleges. People can top up these degrees to a standard bachelor with a year of additional study. John Hayes, the skills minister, is hoping to make trades and crafts more prestigious, and the government has pledged to put an additional £250 million in extra funding towards creating an additional 75,000 adult apprenticeships in the next four years.

Employers, at the moment, remain quite snooty about vocational qualifications, part-time study and distance learning but this is something that might change soon. At the moment, there is the fear that if you don’t have a traditional degree then you will be at a disadvantage because so many people do have one. As the market is starting to change and more and more people are turning away from degrees, employers will have to adapt. Deloitte, a business advisory firm, has started Bright Start to train people with A-levels, and IBM is reaching out to people through an apprenticeship scheme as well.

Competition for graduate jobs is already fierce, and those who can get valuable experience can be at a huge advantage. Until recently, young people would use their gap years to go trekking, surfing, or doing volunteering work in remote villages. Now there is the pressure to use the gap year to do an internship or to get work experience, so that when they graduate they will have the experience to put on their CVs so that they can stand out above the other people with degrees, but who perhaps were not as committed to advancing their careers in the longer term. Just having a degree is no longer enough for people who want to have a good start to their careers.

Taking the HGV Medical Exam? What You Need to Know

Tips to Get Right Church Dresses