During November there was a slight improvement in annual house price growth, but the market has remained subdued. 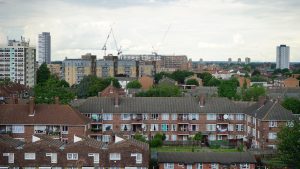 According to the building society, prices were higher than a year ago by 1.9% after a five-year low of 1.6% in October

Nationwide’s chief economist, Robert Gardner said he was looking ahead, but much would depend on how broader economic conditions will evolve. The tight squeeze on household budgets as well as an uncertain economic outlook is more than likely going to continue dampening demand, despite lowered borrowing costs and an unemployment rate that is almost at a 40-year low.

Gardner said that if uncertainty in the market lifts in the upcoming months and employment figures continue to improve, it is possible that activity may pick up in the course of the following year. Since the squeeze on household incomes is already easing, policy-makers have indicated that should the economy perform as expected, they expect interest rates to rise at a moderate pace and to a limited degree in the years ahead.

There has been a positive improvement in the housing supply picture. Gardner says there has been a noticeable pick up in construction after a fall of almost 60% in the aftermath of the financial crisis.

During 2017 to 2018, new building completions in the UK reached 195,300 which is around 3% lower than the 2007/2008 levels. Moreover, says Gardner, the picture is further improved if additional dwellings are added that have been created by the conversion of larger homes into smaller dwellings, as well as the creation of ‘change-of-use’ units created by turning former offices into flats.

Taking this broader measure into account, net additions to housing stocks are now only 0.6% below the levels for 2007. Change-of-use additions – for example by converting offices, shops, and other commercial buildings to homes – has given the housing supply a significant boost in recent years.
A major factor has been the 2014 government policy to automatically grant permitted development rights for converting offices into residential dwellings. Since its inception, it has accounted for about half of the dwellings created via ‘change-of-use’. Gardner says that although ‘change-of-use’ showed a decrease during 2017 to 2018, it still accounted for about 30,000 dwellings compared with the previous year, which is 70% above the 2007/2008 level. In some areas such as Bristol and Nottingham, it accounted for almost half of the supply over the past 3 years.

Where is Supply Being Boosted?

According to Robert Gardner, the total housing stock in the UK has grown by over 1.9 million dwellings over the past 10 years which represents an increase of 8.5% relative to housing stock in 2007.

The South West and the East of England, as well as London, have seen the strongest growth. These areas are amongst those that experienced a relatively strong price growth over this period and suggest that supplies for serviced offices in Weybridge are beginning to respond to price signals.

In regions such as the North West and North East of England – where prices remain near the 2007 levels – there has been a more moderate growth in supply. According to Garner, when focusing on the most recent data, South West England has also seen the strongest growth during the period between 2017 – 2018, with about 26,800 additional dwellings accounting for 1.1% of stock at the beginning of the period. Boosted by a pick-up in new builds, the East Midlands also came out relatively strong with a total of 21,400 homes added, 1.1% of the stock.

In contrast to most other regions, London experienced a slowdown in net additional dwellings in 2018 with the net increase being around 20% down from the previous year. This downturn was a result of a reduction in new builds as well as a lower level of ‘change-of-use’ additions. This could be due to the capital experiencing changes in market conditions with modest falls in prices recorded recently and demand continuing to be relatively subdued.

Laptop Privacy Filters: What to Look For and Why You Need One

Tricks You Can Use to Score a Cheap Hotel Room